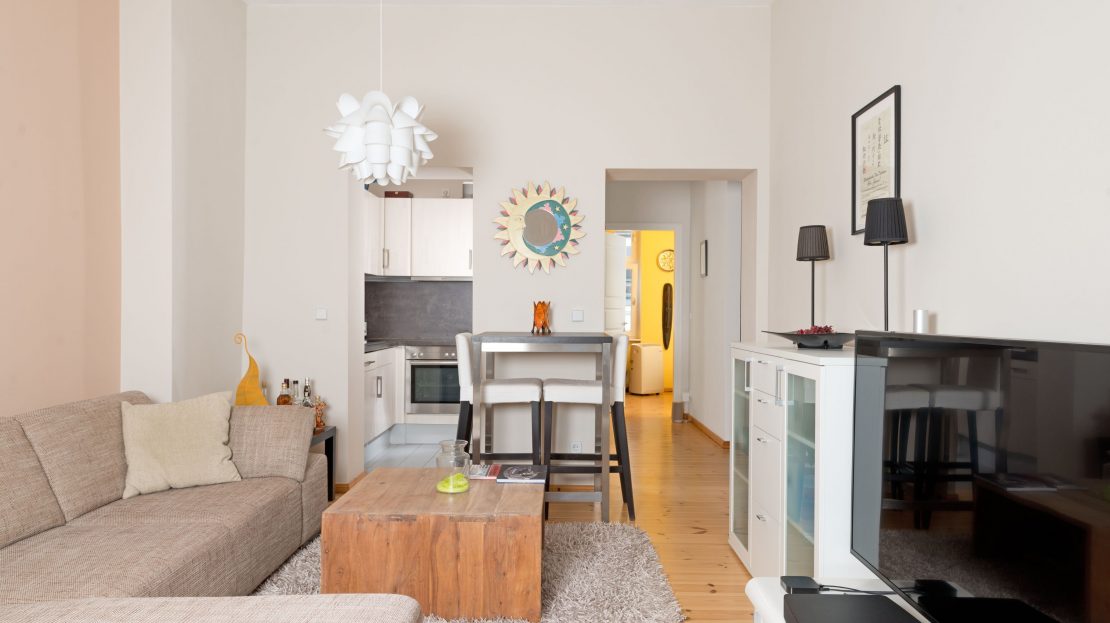 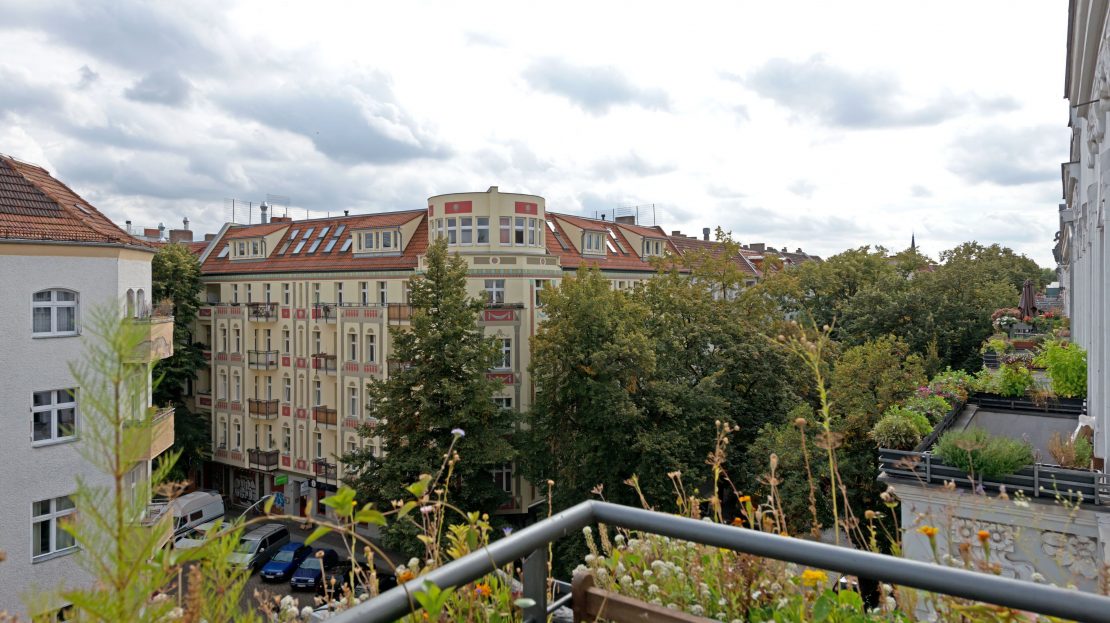 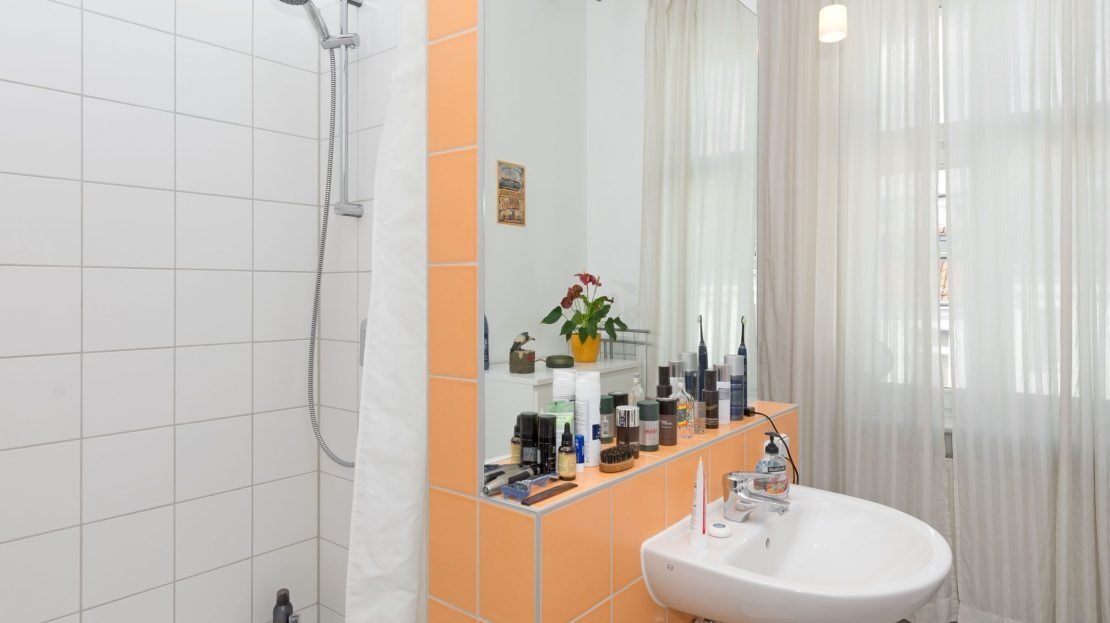 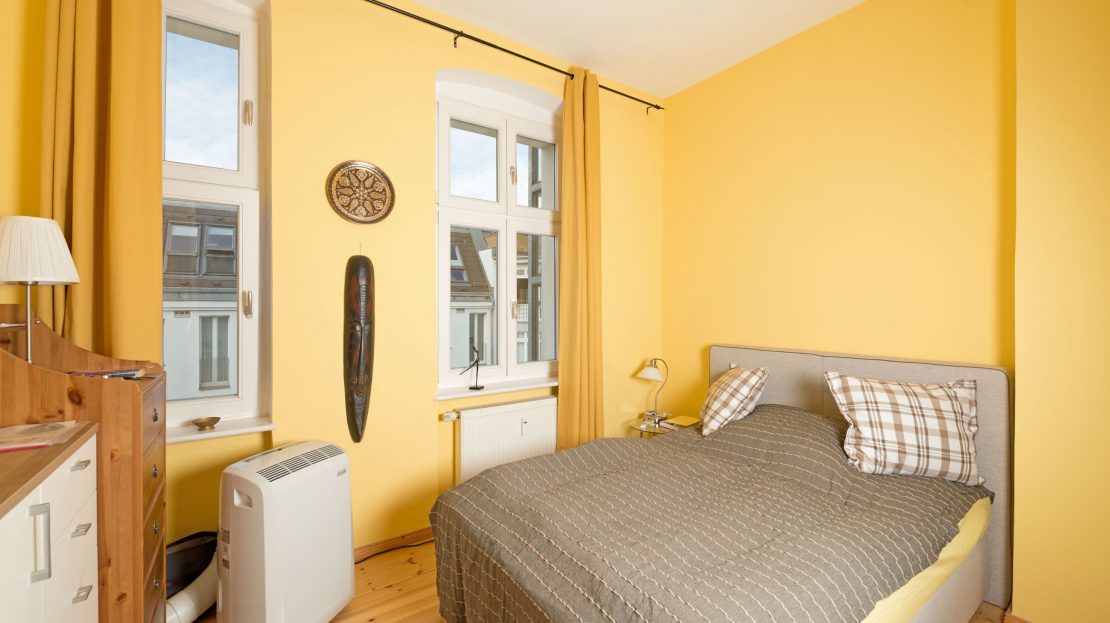 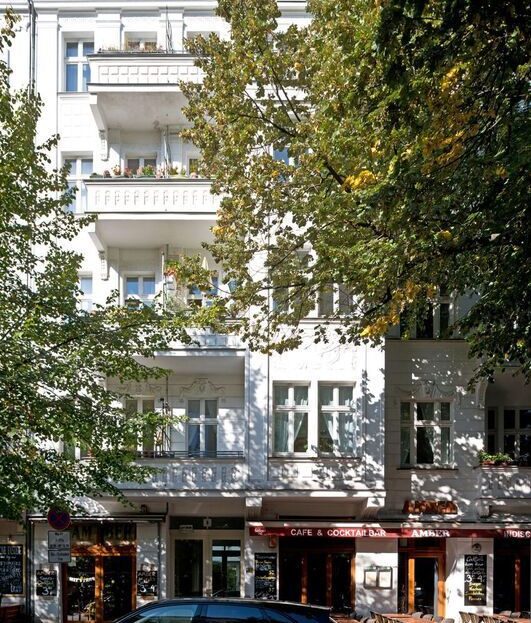 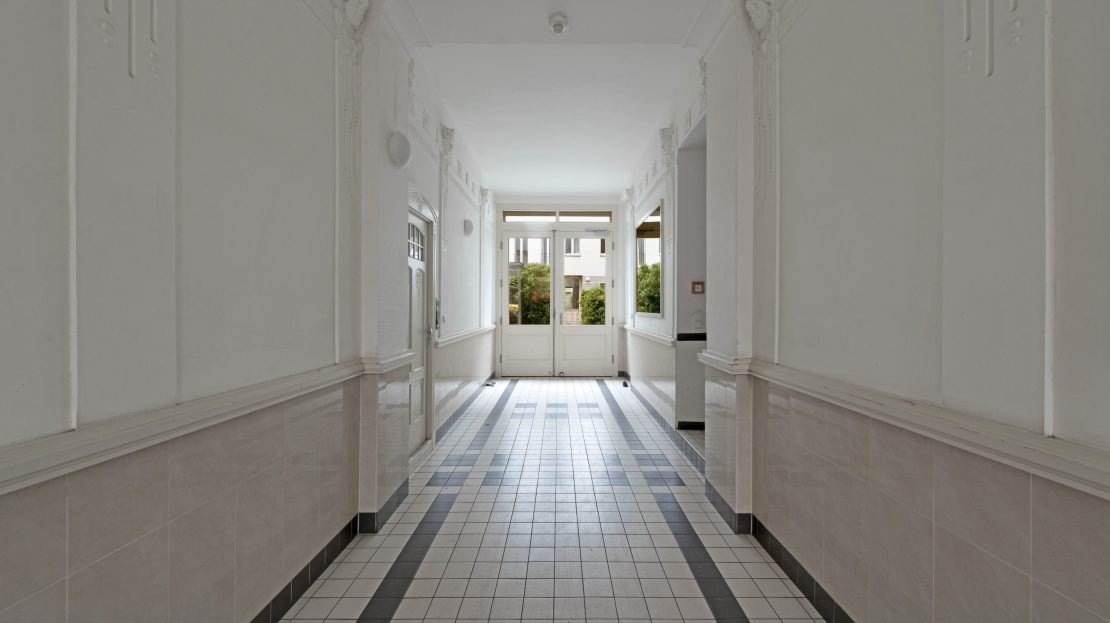 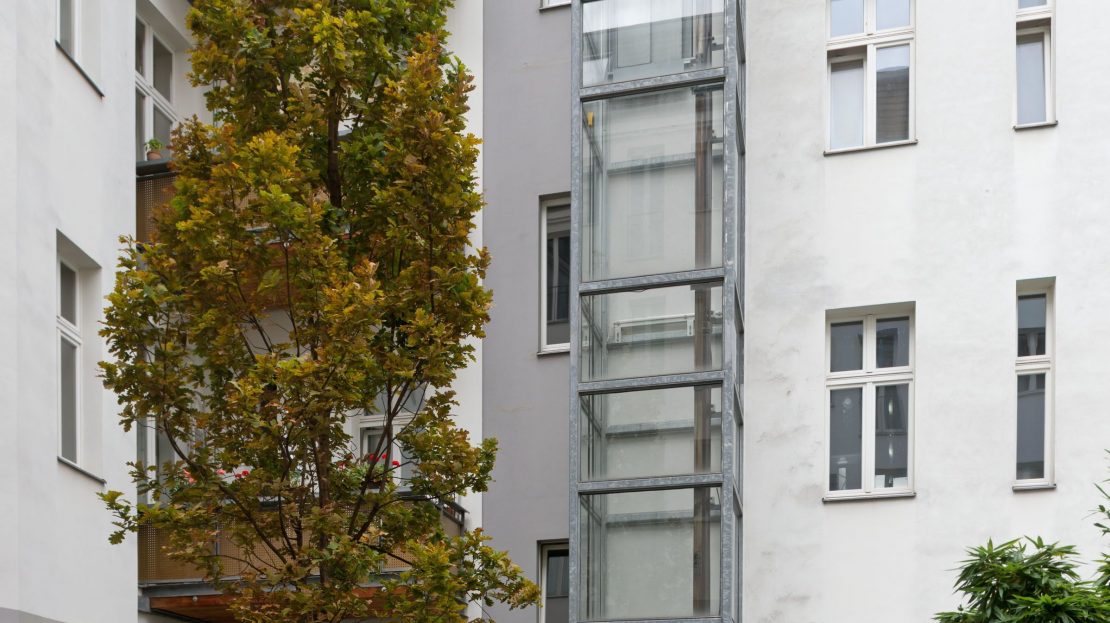 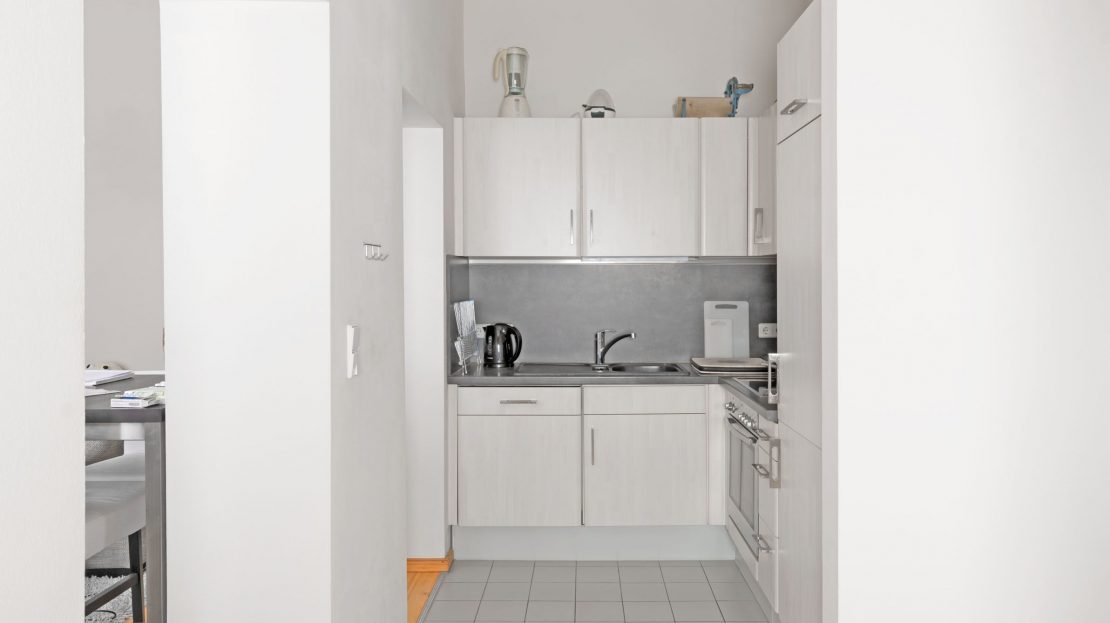 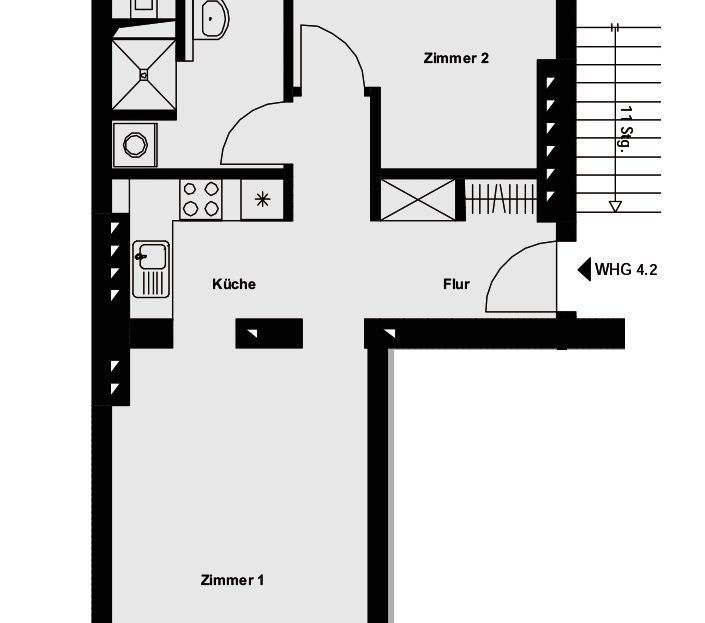 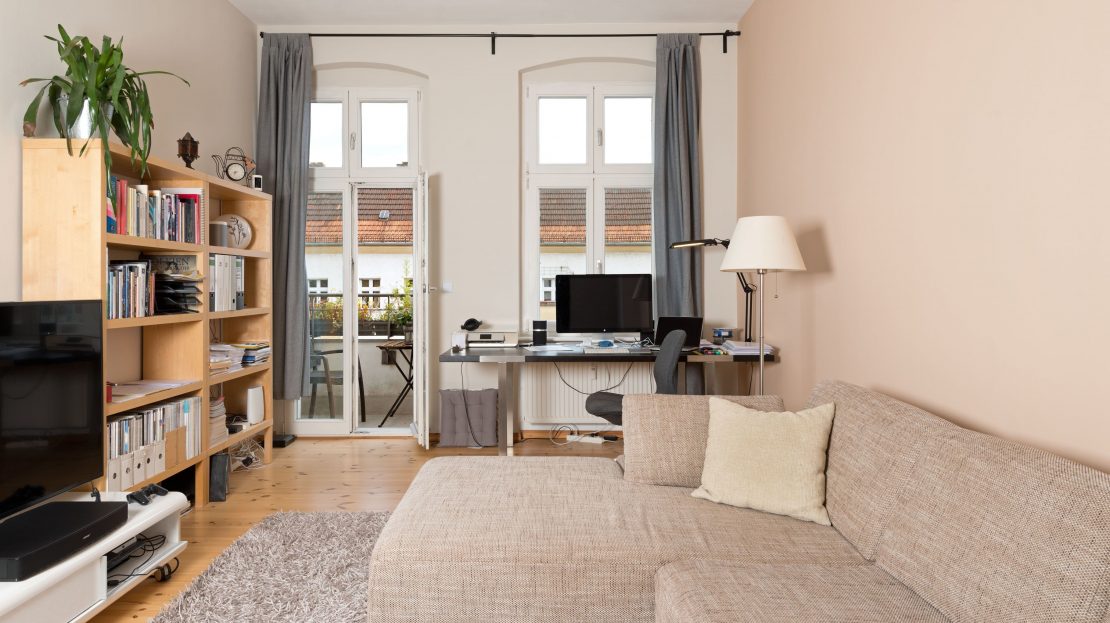 Perfect room layout for a retreat with hospitality

When you enter an apartment, you often don’t even know where to look first, because everything is obscured, angled or somehow crazy. It’s different here. This is because the kitchen – as you know, the kitchen is always the best place for every party – is the communicative centre. You will walk towards it. Towards the courtyard, absolutely quiet, are the bedroom and the large bathroom, to the front the living room with the balcony. The sophistication of this arrangement is perhaps only revealed to the visitor at second glance. Usually, instead of the open kitchen, a dark, interior bathroom would be expected, for example, and in the bathroom, the WC would be opposite the door in the direction of travel. But not here. Here someone has thought along and provided for hospitality and privacy through skilful room planning, in each case where and how it seems appropriate. Balconies at street mouths always have the best view, especially when the streets are avenues and the apartment lies above the treetops. The world below is hidden by leaves. Otherwise, the room height is pleasant and comfortable according to the construction time. Kitchen and bathroom are tiled, in all other rooms floorboards have been laid. The elevator takes you comfortably to the top, even if it is a bit more difficult to carry – which is certainly more often the case, given the range of products available in the immediate vicinity.

All facts at a glance

The Simon-Dach-Straße in Berlin’s Friedrichshain district was already considered a hotspot for Berlin’s neighbourhood culture in the early years after the fall of the wall. The reasons for this were the weekly market on Boxhagener Platz, whose history goes back to the beginning of the last century, and the colourful mix of inhabitants, who tried out alternative forms of living more than anywhere else. Both made the district famous far beyond the city limits. When the great Berlin hype broke out in Prenzlauer Berg and Mitte in the early 2000s, Friedrichshain was initially left out. Too many dog poo on the street, too many broken beer bottles, too much punk and indie culture scared off the buyers, who already at that time liked to discover the market and the diverse gastronomic scene for themselves. But people preferred to live in Prenzlberg or in Mitte, if they could afford it. Friedrichshain was more for studying or not studying young people. Today that has changed. In order to understand what has developed here in recent years, it is enough to stroll through the neighbourhood on any mild evening and look at the names of the shops: Beautiful girl, toy shop Siebenschön, sister heart, super panties, Vinyl-a-Gogo, Golden Vader… if that’s not enough, just take a look at the restaurants and it’s already clear: Prenzlauer Berg is so deregistered! Who still wants to go to Mitte?! The caravan has long since moved on. The Simon-Dach-Straße, however, is what it always was: the hottest of the hip streets in the neighbourhood. More in the middle of it just doesn’t work. This is ensured by the excellent transport connections via the U+S railway station Warschauer Straße, the underground station Frankfurter Tor and the tram and bus lines along Warschauer Straße and Frankfurter Allee. 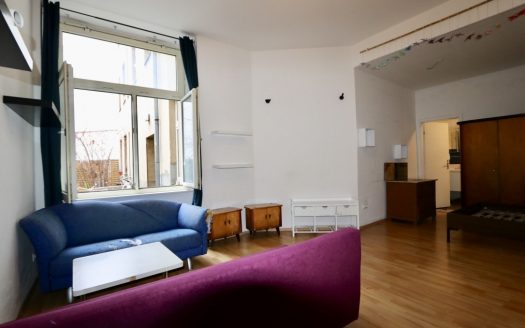 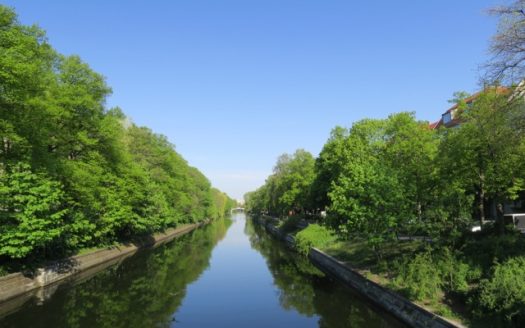 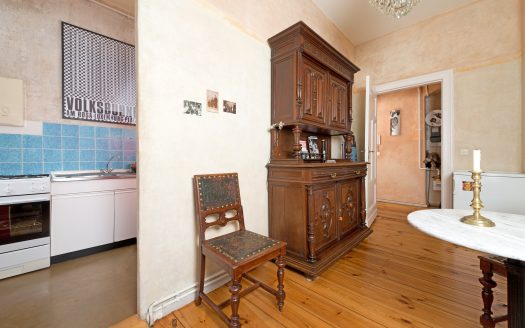 Want to find out more? 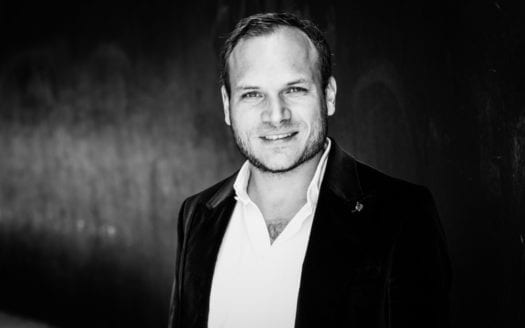